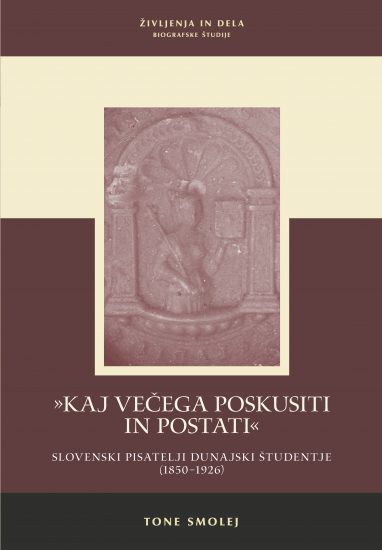 
The study by literary historian Tone Smolej ('To Attempt and Become Something Greater”: Slovenian Writers as Vienna Students (1850—1926)' – examines the cultural contacts between Slovenians and Austrians. It discusses 51 Slovenian writers, including one woman poet, who studied at the Faculties of Arts, Law or Medicine at Vienna University between the later 19th century and the mid-1920s. The first part traces their years of studies in Vienna, drawing on numerous and previously unknown documents from the Vienna University Archives. In addition to detailing their memories of their Vienna professors, Smolej likewise examines the extent to which each writer’s studies influenced his or her later literary productivity. The second part lists all the courses which the writers attended during their studies, as well as reviews of their doctoral theses. The monograph is prefaced with an introduction by Professor Peter Vodopivec, PhD, an eminent Slovenian historian.