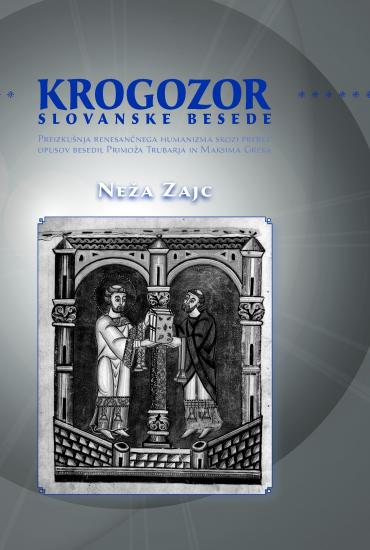 
The book (‘The Cyclorama of the Slavic Word (A Test of Renaissance Humanism through a Cross-Section of the Complete Works of Primož Trubar and Maximus the Greek)’) presents a detailed cultural and historical analysis of the problems associated with the attempts to link Western and Eastern Christianity since the first century of Christianization onward, with special attention being paid to the importance of the Slavic presence in European history, including questions regarding the role of individual contributions (biographical and historical overviews) to the spiritual history of the Christian East and West. This book uses juxtaposition to present the work, creativity and views of two key figures in Slovenia and Russia, Primož Trubar and Maximus the Greek (St. Maxim the Greek). The said Slavic authors, who also wrote in Latin, German and Greek, but consciously chose Slavic for very specific reasons (Primož Trubar used it as his mother language and Maximus the Greek as a language of salvation), are studied on the basis of primary archival sources, with special regard to manuscripts (of Maximus the Greek) and to early printing (of Primož Trubar) in the sixteenth century. In addition, Neža Zajc also critically analyzes the Renaissance period and presents the option of viewing it from a different perspective: the hypotheses to date that were based on secondary literature have proven to be insufficiently explanatory or proved unsatisfactory.

The author therefore offers her own view of the sixteenth century within the larger corpus of European history.

price
not for sale