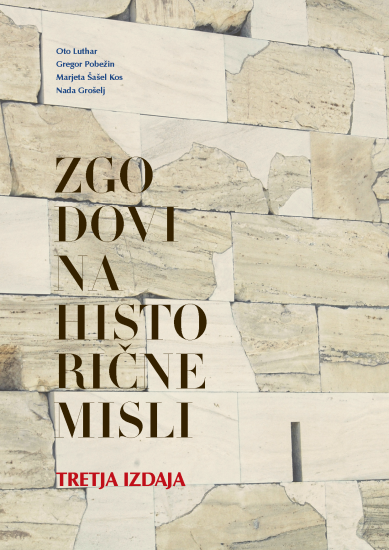 
The third, online Slovenian edition of the History of Historiographic Thought combines all the original texts of the first (2006) and second (2016) editions as well as some new ones. It is an answer to the specific needs of the community of readers, especially teachers and students of history and related sciences. The book covers over two and a half millennia long history of the evolution of historiography since its earliest beginnings; new (and in some cases old) translations of selected chapters of the major works of Western historical thought, accompanying chapters and biographical sketches form an outline of the development of historiography in Greek and Roman antiquity (including some basic texts of non-historians), a comprehensive review of medieval authors with special emphasis on the Byzantine and Renaissance historiography, followed by a thoughtful selection of early and modern authors. The excerpts from their most influential reflections on the meanings of historiography define the historiography of the Enlightenment, confronts the national and positivist interpretations of the past, presents sources of the so-called new historiography and assesses the impact of postmodernism on the development of past ten years in historiography and the creation of a new cultural history, which inaugurated the 21st century.